When Negin Mirsalehi joined Instagram as a 20-something graduate student in 2012, she saw the platform simply as a place to post photos of her outfits and follow others who were doing the same. Within just a few years, the Dutch blogger had amassed several million followers, who watched with awe as she shared her favorite coats and handbags and galavanted around the globe. Mirsalehi quickly grew used to fielding questions about her long, luscious hair, which she chocked up to a proprietary honey oil from her family’s bee garden, but she never went into much detail about any of it on her page. After spontaneously posting about the bee garden in 2014, though, Mirsalehi was shocked to see that her audience was there for more than just her sartorial picks and was in fact extremely curious about this buzzing part of her life. 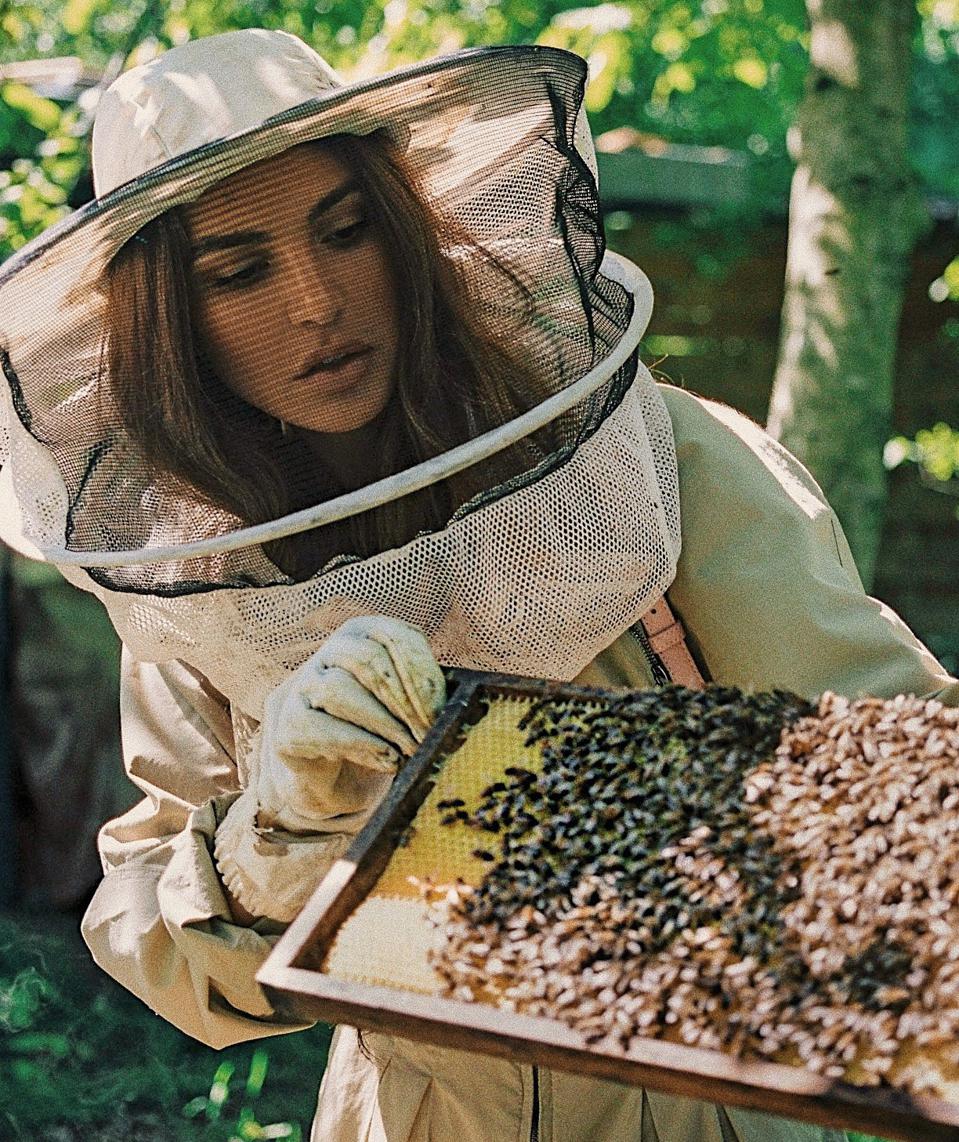 Mirsalehi at her family’s bee garden COURTESY OF GISOU

Excited by her following’s interest in it, Mirsalehi decided to share the whole story. She told of her family’s six generations of beekeeping, how her father started his own bee garden when he came to The Netherlands from Iran, and the role that it played in her own childhood, and she spoke of the power of honey and how her hairdresser mother thought to use the sticky substance in haircare. “When she came to The Netherlands, she wasn’t really satisfied with all the beauty products on the market, so she started doing these like DIY things with honey,” Mirsalehi explains, and eventually, she created the honey-based oil that Negin and her sister grew up using.

After telling her audience about the honey hair oil and how beneficial it had been for her enviable locks, Mirsalehi knew her followers would want to try it for themselves, so, in 2015, she launched Gisou, a haircare brand built around the honey from her family’s bee garden. Five years later, Gisou has grown to include the bestselling Honey-Infused Hair Oil and nine other honey and propolis-based hair products, and starting this month, it will be sold at Sephora.

Apart from online retailer Revolve, with whom Mirsalehi has an ongoing relationship, Gisou has always been sold exclusively direct-to-consumer, so its launch at Sephora marks a monumental shift for the brand. “We were really focused on creating the community that we now have today that’s so strong and so supportive and on building a product portfolio that we are 100% behind,” the founder says. “Gisou is really something that we see in the long-run, and we have really built things very slowly because we believe in it and are so proud of it.”

When Sephora approached Mirsalehi and her team about a year ago, they were willing to have the conversation and entertain a partnership, but it was the mega-retailer’s support and dedication to the brand that convinced the brand. “It was also a personal decision because I love Sephora, and coming from The Netherlands, it’s the first beauty store I go to when I’m visiting the States, Mirsalehi notes. “I’ve always loved the brands they’ve carried and how they work with smaller brands to help try to build them. They’re really brand-builders in that way, and they’ve done an amazing job, so that’s what I love about them.”

Gisou’s complete product line is now available online at Sephora’s website, but starting September 1, it will also be stocked at 60 Sephora stores across the United States and Canada. This move will introduce a first-person experience to the brand for the first time in its five-year history, allowing customers to see, smell, and feel the products before buying them. “The other thing we’re doing with Sephora is launching our mini, so our Gisou honey hair oil will be available there in a milliliter version,” Mirsalehi says. “It will be part of Sephora’s ‘Beauty on the Fly,’ so people can try it out and experience it, and then when they love it, they can buy the full-size.”

The Sephora launch comes at a unique time for the beauty industry, when the Covid-19 pandemic and work-from-home orders have eliminated the need for many products and lessened it for others, but Gisou has actually seen more growth than ever during this time. “Our sales have actually tripled during this period, and I think that’s in part because we are still relatively small and we are direct-to-consumer, but it’s also because everyone is now doing everything at home” Mirsalehi explains. “Gisou is all about doing it yourself, and we try to show people that you can do everything yourself—no hairdresser really needed, so that’s become even more relevant with Covid and everyone staying at home.”

Social media has always played a huge role in Gisou’s identity and growth, and with her personal audience of 6.1 million Instagram followers, Mirsalehi has turned to the platform to build awareness not only of the brand but also around the world of bees and beekeeping more largely. The influencer and founder has always made a habit of taking her audience to her family bee garden, educating them on different kinds of beehives, foundations, and bee frames, and sharing the ins-and-outs of the nine-month-long bee season in Holland. But as Gisou has evolved, she has also used the space to aid beekeepers around the world and bring attention to bee endangerment.

Alongside the brand’s pop-ups in Paris, Amsterdam, and New York, Gisou has partnered with local beekeepers and offered support to them. “The thing that we can do most, especially because we are sort of a digital brand, is bring awareness to everything they do,” Mirsalehi says. “In New York, for instance, we worked with Andrew’s Honey, and we brought our beehive to his rooftop and put his colonies in there, and we told our Instagram following all about what he’s doing. We like to support urban beekeeping because it’s just good for the bees, nature, and all of us in the end.”

Gisou also talks a lot about what people can do to help save the bees, an issue that’s become increasingly well-known in recent years, and one method that Mirsalehi has become especially passionate about is planting bee-friendly flowers. “We now send a mix of bee flower seeds with every delivery, so people can plant flowers for the bees, and that’s good for the bees,” she notes. “You can plant these bee-friendly flowers just in your backyards or on your rooftops, but when it comes to setting up a beehive, you do need more of a proper setup.” Even so, the Gisou founder says that one of the biggest highlights of the last five years has been inspiring other young women to start beekeeping, and she hopes that the Sephora launch and the continued awareness of beekeeping that the brand is creating will help build upon that even more. “Our audience is still so interested in learning more,” Mirsalehi says. “And the more excited they get about it, the more excited I am to share.” 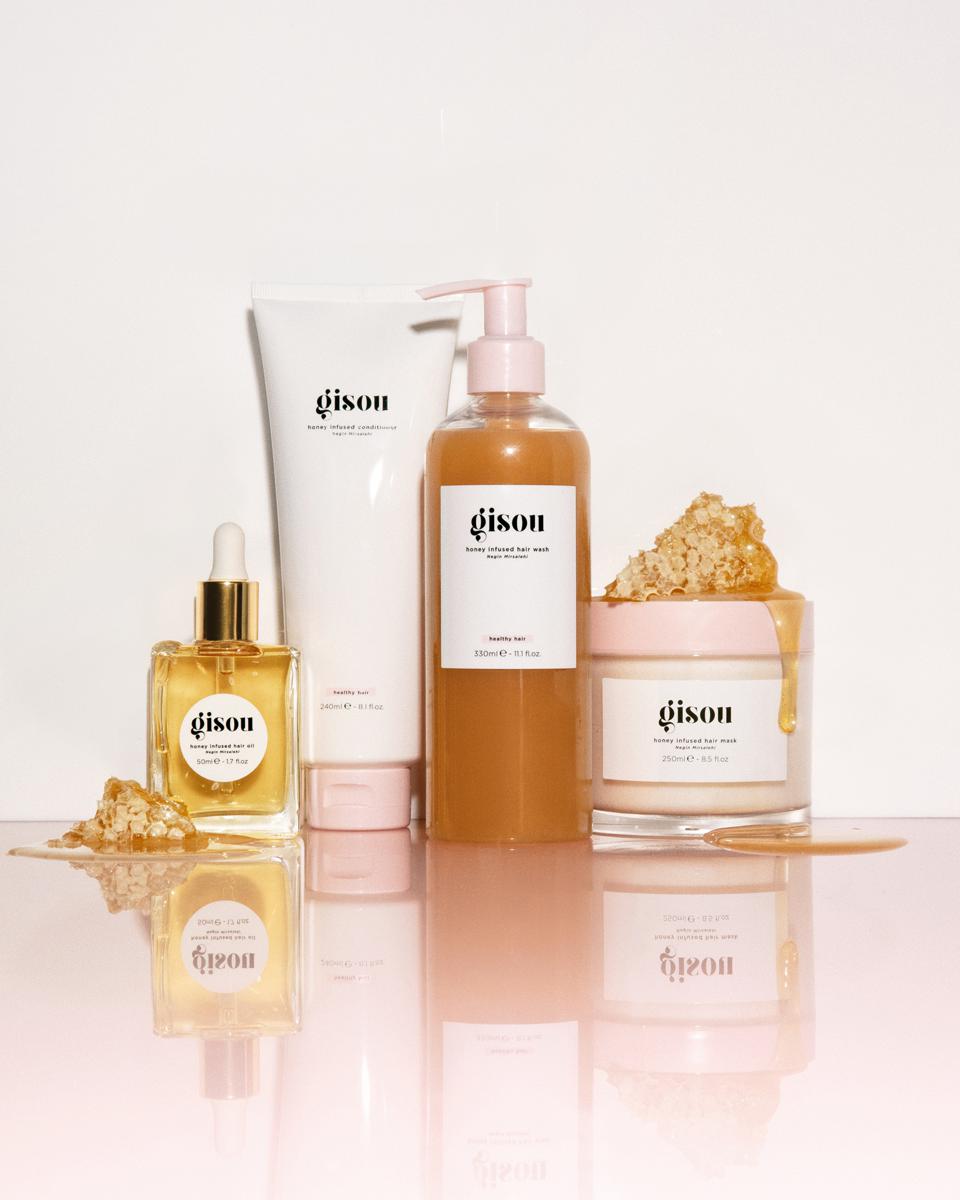